Hit enter to search or ESC to close

Sri Raghavendra Gowd  (Spiritual name, Sri.Soham Guruji) is a nationally and internationally celebrated renowned Yoga Guru and Spiritual being known for his passionate, dynamic, creative and inspirational style of teaching that incorporates both the physical and spiritual aspects of the Yoga practice and Life skills.

Guruji was born on 3 February 1983 to Smt. Lakshmi Devi and Sri. Channappa who belongs to the family with history of traditional bone-settings and home remedies (NATI VAIDYA). His grandfather Sri Honnegowda was a very well-known bone setter in and around his village. Later on to keep their family tradition alive, all children of Honnegowda continued to treat local patients using a traditional bone-setting free of cost even till today. Thus Soham also got blessed by this traditional healing system by his father who is also serving in police department as a police officer. 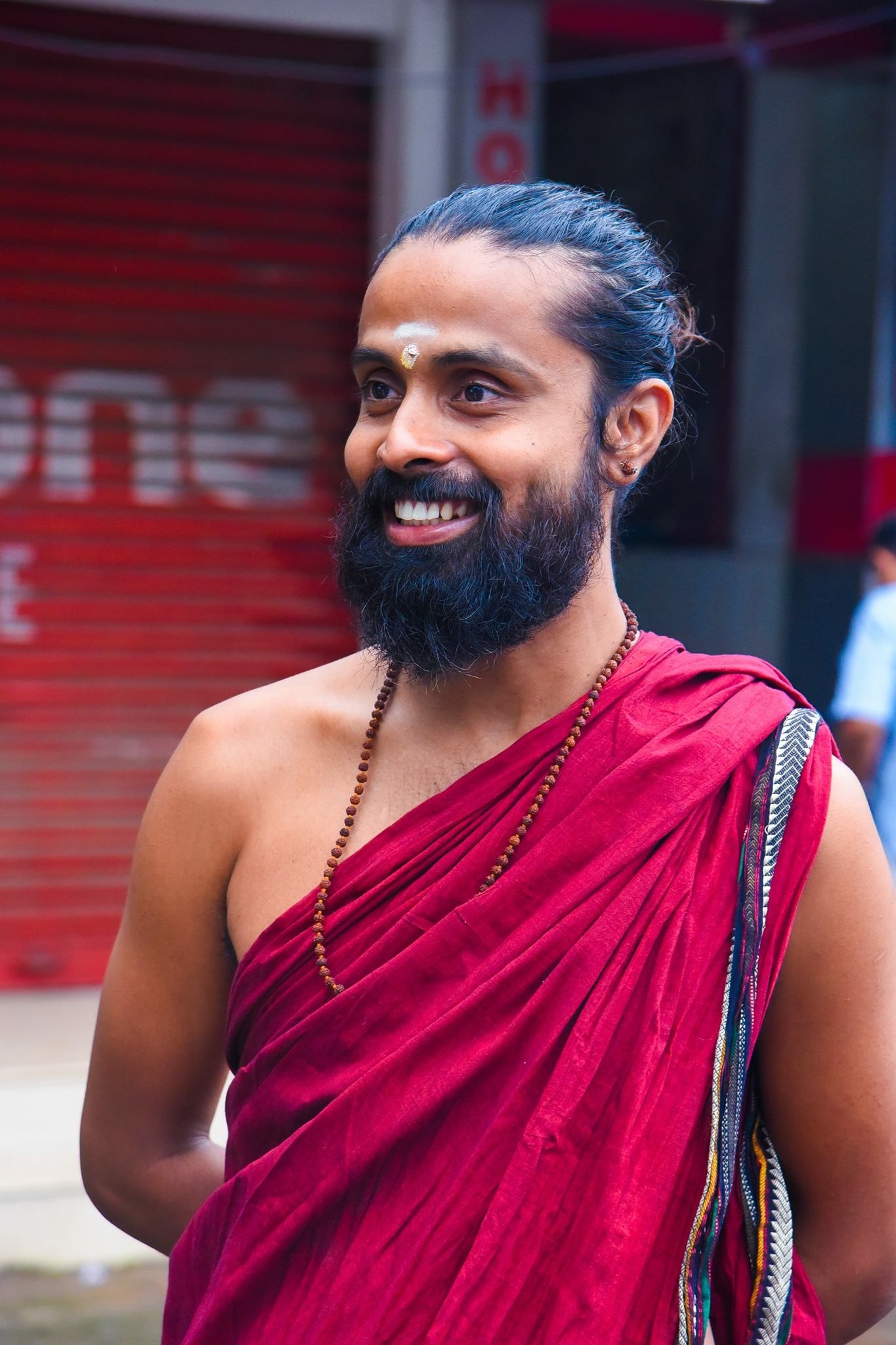 Soham was introduced to Yoga and Spiritual path from his childhood days only. He was a dedicated disciple to Sri.Ramanamaharshi, he started reading and following Ramana’s teachings and philosophy from his childhood itself. Even though Soham never saw his first Guru physically but he was always connected and guided by him spiritually. Soham was a born gifted child. By the age of 3 he was able to paint, perform theatre arts and give motivational speeches in front of thousands of audiences in his school. During his school days he was highly motivated by the disciplined life of his School Principal Smt.Niranjani Kumari. He was one of the favorite students for all teachers and managements of the school, even for today.

After his University qualification He began his career life as a Human Resources Manager in a corporate company and also He began his professional study of Hatha Yoga, Astanga Yoga, Bhakthi Yoga, Mudra Yoga, Yoga Philosophy, Ayurveda, Panchakarma and Cupping Therapy under many Gurus Himalayan Yogi Sri. Sri. Yogananda Maharaj of Rishikesh, Mudra Yoga Therapist Sri.Rangaraj Iyengar and also under many yogis in Sivananda Dhanwantri Ashram.

Combing with regular Yoga practice and spiritual practices, Soham created for himself a transformational healing path “Soham Sadhana”, which now he is teaching to thousands of his students all over the world who is seeking the question “Who Am I”. Spiritually he was blessed by many spiritual leaders like Sri. Shivapuri Swamiji of Omkar ashram, Sri. Adhichunchanagiri Bala Gangadharanatha Swamiji, and others with whom he had regular interaction. Later on he was blessed with Yoga Sadhana Deeksha (Initiation) by Parama Poojya Guru Sri.Sri. Madhusudhanananda Puri of Omkar Ashram, and Guru Deeksha & Spiritual name ‘Soham’ Deeksha by Himalayan Yogi Sri. Yogananda Maharaj of Rishikesh.

In 2009 Soham established Soham Ayur Yoga Ashram and Yogaathma Foundation, an International non-profit, non-denominational, educational and humanitarian organization which holds Special Consultative Status with UN- ECOSOC since 2013. He has reached out to thousands of people worldwide through personal interactions, public events, teachings, Yoga workshops, and humanitarian initiatives. He has also written and published many books like Basic Yoga for Health, Healing Mudra, Yoga Teachers Manual and many.

Soham regularly travels to many countries, conducting free discourses, workshops, courses and carrying his vision and universal message of creating world peace through Yoga and Smile. His work continues to evolve and is deeply influenced by many of the great traditions here.

Soham Ayur Yoga Ashram is a traditional Yoga and Ayurveda ashram located far from the city and in between the midst of nature, where the students will be living in a very simple and disciplined life style with basic needs.